When he was a young child, my son’s body felt like an extension of mine. His nuzzling, nursing lips on my breast, his feel, his smell, his desires—all of it was an extension of me. Even now, as a teenager, his desires and motives are astonishingly transparent to me when I consider how hard it is to “read” other people in that same way. And yet, I no longer feel at home in my role as mother.

Two strangers seem to occupy these roles of mother and son. My disapproval used to mean my intervention, now it mostly means what it means with strangers, mere disapproval. A utilitarian social contract seems to have replaced my maternal role. It is time to let him be himself, not rush in to tinker with him. However, I struggle to release my grip, to hold him more loosely.

It’s full-out ops tempo in our house now. The idea of a day of activity and a night of rest is so outré. Teenagers, it seems, are governed by a mysteriously free sense of a 24-hour day. We live together as if we occupy the multiverse, with his life running on a parallel plane to mine.

Shared pleasures and pains no longer create the fabric of familial life.

Something eludes me. The sense that I would do anything for this child is familiar, stabilizing; yet doing anything more and more often means doing nothing. Comfort, for example, using words that once would have helped. Support, for example, in the form of offering a fix. No. He makes it clear. What you say, how you try to make me feel, what you want to do for me, it doesn’t work. It doesn’t help.

Can I let a space open up here? Someone posted here a few weeks ago about learning to see her children’s glory rising in them. I love that way of phrasing it. Glory. That is what I want to see. The wild, erratic, brilliant, uncontained glory of the almost-grown.

Could I cultivate some curiosity here? In the not-knowing comes the opportunity to search. I find myself replacing my offers to him with the ever-so-much lighter offer of prayer on his behalf. Prayers that are as much an expression of my care as the things that I used to put into his childhood. Some would say more. I wonder whether the distinction between prayer and the world is as fixed as I have assumed—perhaps my prayers are just the reflection of all the “doing things” that mothering used to mean. As Marilynne Robinson’s character Reverend Ames says, “Family is a prayer. Wife is a prayer. Marriage is a prayer.” I would add, “Mother is a prayer.”

When we confess our sins and ask for forgiveness, the Lord remembers them no more. This we are told. I cherish that vision of passing from struggle to peace. I end my day by gathering up the pieces of the struggle to release and put them each in their place. God, keep this boy-man safe. Turn his heart to the good. Turn his heart to You. It is done—a blank slate on which another day can write itself. 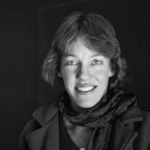 Claudia Hauer teaches at the college level, and loves watching young people turning into adults. She had an overwhelming conversion experience 5 years ago and is just learning to tell her faith story. She lives under the Rocky Mountains and loves to hike, run, and cook, and can usually be found with a book in her hands and a cup of coffee nearby.

2 replies to A Blank Slate