I glanced at the window and saw my reflection.  I was the oldest woman in the room by 25 years. My daughter Annie had invited me to participate in a workout session with a famous California fitness guru. It was not what I was expecting as a Mother’s Day gift. My daughters Annie and Amanda are sleek and toned. As I glanced at their young bodies, I felt the twinge I feel when I fall off the precipice and make a comparison to my aging body.

We began with crazy fast “burpees.” (I’m not sure if I had done one since the sixth grade for The President’s Fitness tests!) Thankfully, we had options: Option A for those who had just had a baby or had been up all night with a sick child; Option B for those who were strong and in great shape; and Option C if you were a goddess who lives to exercise. I felt no shame being Option A.

The intensity of the workout increased as the instructor quickened our pace and simultaneously began to name the frustrations young wives feel as they try to be supermoms and professional women.  With the cadence of rock music, she exposed the myth: Just try harder and everything will work out.  She took on the foolish lies: “Look good, and no one will know you are lonely” and “Loose five pounds, and your life will be great.” It was a rock concert/therapy session with physical torture!

We were given short, quiet times to catch our breath in Child’s Pose, and emotions bubbled up and tears released. I had a fleeting moment of picturing my mother and grandmother in the class alongside me. I realized how much I missed them and tears of love stung my eyes. Then, the workout resumed, and we were instructed to shout with the rhythm of our vigorous steps while we sweated out our hurts and hostilities toward jobs, children, husbands, and our bodies.

We are at war with our bodies. How did we get here?

Our pastor is doing a series on Knowing God. His recent sermon was on Psalm 139:13-18. I especially love verse 14. It reads, “Thank you for making me so wonderfully complex! Your workmanship is marvelous—how well I know it.” Wow, I just love that! He asked the congregation, “Do you thank God for who you are? Or do you resent God for how He made you?” His research showed that 90% of women and 50% of men say that they are dissatisfied with their body. He said the other 50% of men were lying. He also reported that 20 million women and 10 million men have had or will have a clinical eating disorder in their lifetime.

I came home thinking about the sermon and did some research. Last month USA Today featured an article stating, “An American Society of Plastic Surgeons report found that $16 billion was spent on cosmetic plastic surgeries and minimally invasive procedures in 2016, which is the most the U.S. has ever spent on such operations.” Another article quoted that Millennials and Gen Xers are heading to plastic surgeons or dermatologists not to undo the toll years have taken on their skin, but to prevent it.

I watched the documentary “Embrace,” directed by Taryn Brumfitt. In 2013 Taryn, a mother in Australia, posted a “before-and-after” photo of herself during her pregnancy. It went viral on the Internet and was seen by 100 million people worldwide. The comments she received were vicious. She realized the power of body shaming and body loathing. She traveled the globe talking to experts, women on the street, and well-know personalities about the alarming self-hatred related to not having a perfect body.

I feel sickened with this global epidemic related to women’s bodies. Are we destined to have unhealthy negative self-talk for a lifetime? Our gender is objectified and sexualized while simultaneously critiqued for not being sufficiently sexy.

The day after my Mother’s Day workout, I went to my yoga class. The instructor began class with an explanation of the term “Svadhyaya,” which literally means “one’s own reading and self-study.” She said it is good to study wisdom teachings to help cultivate self-compassion and self-discovery. Then our instructor said that anytime you find fault with your body or yourself with negative words spoken in your mind, it’s like you are vomiting on yourself. That got my attention.

As believers we say that the Holy Spirit resides within our bodies. It is honorable to take care of our body, mind, and spirit. For me, the toning and stretching of yoga postures helps keep my sciatica at bay. This practice quiets my mind when I focus on breathing and my body parts. But what do we see when we look in the mirror? Do we see the temple of the Holy Spirit? Do we see a body that is the delight and masterpiece of our Creator God? Or do we find fault with our thighs, stomach, wrinkles, or gray hair? 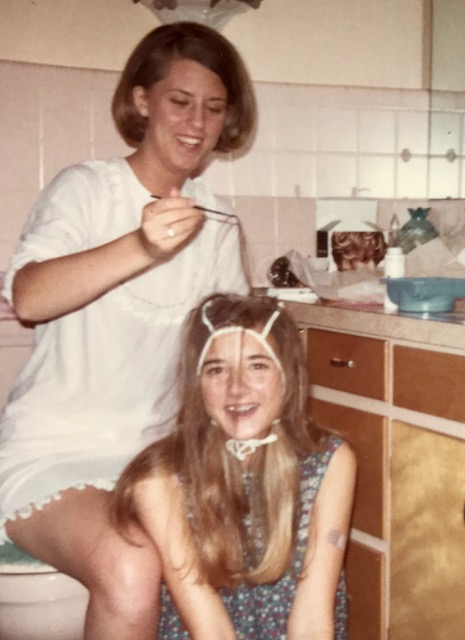 I looked into the mirror after all this reflection and decided that I am not going to color my hair anymore. On one hand, it is a big decision. On the other hand, it is no big deal. Coloring my hair began in high school with Clairol’s Nice ‘n Easy Frost & Tip kit. In college being natural was the rage. After our children were born and the house was decorated, it seemed time to “redecorate” my hair by covering up the gray. I started out brown, then red, and then blonde. Now it is time to embrace my new senior citizen body, including my hair.

I fault no one for coloring their hair or pampering themselves with Botox or cosmetic surgeries, but I finally decided for me enough is enough. Aging is inevitable, and the passage of time will take my body to death one day. But until it does, I can fight back by blessing my body, laying my self-critical weapons down, and finally resting in holy imperfection. 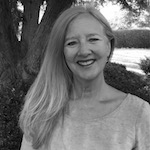 Becky Allender lives on Bainbridge Island with her loving, wild husband of 40 years. A mother and grandmother, she is quite fond of sunshine, yoga, Hawaiian quilting and creating 17th Century reproduction samplers. A community of praying women, loving Jesus, and the art of gratitude fill her life with goodness. She wonders what she got herself into with Red Tent Living! bs
nbso

31 replies to The End of the Battle