The church is a beautiful albeit funny thing. Seemingly always a little late to the game, when she gets excited about the new thing, she does such a good job of rallying the troops, raising funds, and producing missionaries and programs and projects and mission trips. She is fueled by passion and principle, awakened to God’s heart in a new way.

In the 90’s, the church fixed her attention on Russia and the countries which had suffered under Communism and Atheism’s absence of God. My husband went to Albania with Bibles. In the 2000’s, the church was ablaze with the 10/40 window and the vast number of Muslims who did not know Jesus as Savior. My family and I moved to Turkey. Now it seems all attention is consumed with Sex Trafficking. And today, I stalked a suspicious massage parlor.

I am the church, passionately moved to action when my eyes have been opened to an injustice. But for the first time in my career, I straddle two worlds. I stand firmly in the secular work of law enforcement, social workers, and healthcare providers to bring an end to human trafficking. I have learned their language and I have watched their skepticism. The passionate church can be sloppy and she burns bridges when her zeal is not professional. Two examples should give us caution as we attempt to do good and end sex trafficking.

Last year I met with a lady on the heels of a Woman of Faith conference at which an anti-sex trafficking ministry presented. It was her first encounter with human trafficking and she was overwhelmed with emotion, ideas, and plans. First on her to do list, demolish Las Vegas. Second to that, write a new law to get passed in her state legislature. She assumed no one else was doing anything in our town and upon learning of the group I work with, concluded we weren’t doing enough. Her passion, untamed and uninformed, was scary. Unfortunately, I find many a church ministry is begun out of a similar silo approach, without first discovering what good work already exists and how they can uniquely fill the gaps.

Recently, I heard the founder of a new faith-based shelter present her program and plans to a mixed group of professionals in a coalition meeting. The future project seemed dreamy, full of so many industry standards and lingo that it was almost unrealistic. At one point, listing one of these standards, she mispronounced a term so basic to social services that she gave herself away: she was a passionate do-gooder without legitimate training or credentials. Sadly, I was not the only one with this conclusion. A week later I spoke with a program manager who had already heard through the grapevine of this new shelter and its lack of professionalism. Unfortunately, they had discredited themselves in the secular world before they even had a chance to open.

There are many wonderful partnerships which exist between the faith community and secular agencies. Not only is it possible, it is needed. When the church decides to unleash her resources on a cause, incredible things happen. In Denver, there is a beautiful relationship between the faith-based non-profit Restore Innocence and the FBI’s Innocence Lost Task Force. Restore Innocence provides emergency bags for the FBI Victim Advocate to give in her first encounter with a recovered victim. The Victim Advocate also utilizes Restore Innocence mentors for those girls who return home, but need a stable and healthy relationship. A similar partnership exists between the FBI and the faith-based Sarah’s Home outside of Colorado Springs. The Executive Directors of both organizations have straddled the faith community and secular worlds with professionalism and have gained trust and respect from both.

I love the church and all her quirks. She is full of people like me who get all worked up over wrongs we must put right, writing blogs and raising money and signing petitions. But in our fury, let us be educated. Let us be smart. Let us gain respect and trust from those with whom we wish to partner and serve. If God’s heart is the one we’re following, may we do so in an honoring and humble way. 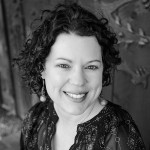 nbsp
Beth Bruno fights domestic sex trafficking in Colorado where she lives with her husband and 3 children. She facilitates the Fort Collins Anti-Sex Trafficking Community Response Team, is the co-author of END: Engaging Men to End Sex Trafficking, and developing an integrated arts trafficking prevention curriculum through her non-profit, A Face to Reframe. She writes at bethbruno.org and is a proud member of the Redbud Writer’s Guild.
nbsp

4 replies to When Doing Good Gets Sloppy