On date night last weekend, Chris and I went to see the new Captain Marvel movie. I was feeling rather ambivalent after reading several reviews focusing on the movie’s feminist agenda. One in particular caused a visceral reaction internally, as I took in words that had the appearance of honor, but to me felt patronizing and dismissive.

“As I consider Disney’s new depiction of femininity in Captain Marvel, I cannot help but mourn. How far we’ve come since the days when we sought to protect and cherish our women.” –Greg Morse, Behold Your Queen

I wondered if the author was curious about women’s perspectives and if they remembered as fondly their experiences of being protected and cherished. I know I feel tremendous ambivalence about those words. I have known men who have carried out this directive to protect and cherish honorably, and men who have appropriated those words as justification for silencing women and keeping them in their place.

The good news about his words? I went into the movie more aware of the need to think critically about the ideas being portrayed, knowing that every good story has the potential to intersect with our story and shape us.

I left the theater that night feeling strong in my identity as a woman. l noticed moments where female empowerment was definitely overdone, but then again, it wouldn’t be a Marvel movie without a few over-the-top scenes. The scene that resonated most powerfully–the one that intersected with my own story–was when Brie Larson (Captain Marvel) confronted her mentor and betrayer. Finally seeing through his attempts to retain power over her, she replied simply,

“I have nothing to prove to you.”

That line alone was worth the price of admission. I could take or leave the rest as pure entertainment, but those words held something important for me.

Three days later, I sat in a cramped exam room in the urgent care, struggling to explain the strangely intense pain spreading across my abdomen, around to my lower back. The symptoms were different than anything I’d experienced before. I feared my words were inadequate, fumbling, and crazy sounding. The PA’s face did nothing to allay my fear. His flat affect and lack of curiosity touched a place of pain—a different kind of pain–the kind that each of our bodies hold onto after experiencing harm, which shapes our identity, self-worth, and sense of safety and belonging.

Sitting on that crinkly, paper-lined table, I was a young girl of eight again, humiliated by my body’s flaws and the questions about functions that no one talks about, feeling the all-too-familiar anxiety of not being believed. The PA pushed and prodded at my abdomen, asking what hurt. When my answers didn’t seem to elicit any concern, I added that there were also a couple painful bumps on my backside.

“Well, you can’t see them with my pants on,” I replied.

I’ve replayed what happened next over and over in my head, beating myself up for not having the presence of mind to ask for some privacy and covering, standard practice in every other doctor’s office where I’ve had to undress.

The old pain of having to prove myself took over.

My body automatically disconnected from my emotion and I began biting my lower lip to distract myself from the humiliation of a man standing over me, callously pulling my underwear to one side before exclaiming casually, “Oh, I think you have shingles.”

He uttered maybe two more sentences about doing a urinalysis, giving me a prescription for an antiviral, and following up with my regular doctor – all while I awkwardly attempted to put myself back together. And then he was gone, leaving me in that room for an hour with only my shame for company.

It wasn’t until days later, when I was able to revisit that scene with a trusted guide, that I began to move from the burning exposure of shame to anger, grief, and compassion. Shingles is caused by the chickenpox virus, which lays dormant in the nerves of your spine after having the disease or vaccination, until it is re-activated in response to a weakened immune system. My counselor drew the connection of old pain re-surfacing as new pain—both physically, and in my body-memories tied to shame.

While I can’t go back and change this story, I now have an examined narrative, one that will inform and empower me in the future to remember my identity as a woman—one who has nothing to prove. 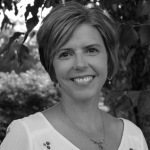 Janet Stark is a woman learning to bless her depth and sensitivity. She is grateful for the deep love she shares with her husband, Chris, and their kids and grandkids. Janet loves curling up with a good book, trying new recipes on her friends and family, and enjoying long conversations with friends over a cup of really good coffee. She is a life-long lover of words and writes about her experiences here.

12 replies to Nothing to Prove