Sweat dripped down my back as I tidied up and considered what on earth to do with my kids next. It was 4 p.m., smack dab in the middle of “mom hell”, and my daughter was sprawled across the futon, a pink iPad glowing the latest Sofia the First episode. This was her routine after being picked up from daycare: watch her favorite show while the twins napped and I prepared dinner or drank tea while sitting on the concrete steps out back.

Only three seasons of this show were available to us while living abroad, and I had seen, or heard, all of them numerous times. But today was different. The episode playing piqued my interest like none of the others had. Princess Sofia was charged by her magic amulet to rescue Elena, a princess from the kingdom of Avalor. An evil witch named Shuriki had captured her family and exiled them in various ways. Elena had been banished to an amulet that now rested around Sofia’s neck. Elena had been waiting for years to find the right person to free her and her family, overthrow Shuriki’s evil reign, and restore their rule to the kingdom of Avalor.

Sofia, equally tenderhearted and brave, had been chosen, and she was more than ready to rise to the occasion. The show is an adventure musical, and the songs are actually quite good. On this day the song that emanated from the speakers of my iPad gripped me. Elena, freed from the amulet, is rallying the oppressed townspeople to join her cause and fight for their kingdom’s freedom. A Spanish-flavored anthem rises from the townspeople as Elena inspires them to action:

But now that I’m here, there’s a mission at hand

Goosebumps crawled up my spine and down my arms as I watched Elena’s confidence in her own purpose inspire the zeal of the townspeople who rallied alongside her.

I felt my courage rise up to take my kingdom back from the oppressive rule of fear and bitterness.

The anthem reminded me that my own story was not done yet, and that the next chapter was going to be way better than I had ever imagined, marked by freedom and peace, not anger and disappointment. Resolve stepped back into my shoes, and gratitude echoed off my lips. I started crying with joy and inspiration as this animated children’s show renewed gospel principles in my heart.

Next, the scene shifted to Shuriki in the castle wondering what on earth she was hearing. As part of her evil reign, she had banished all music in an effort to make the townspeople forget their former life. Now, a proud anthem was rising in the streets as the entire kingdom joined forces and voices to take back what was rightfully theirs. They looked at each other with determination and even joy as they knew the odds were in their favor.

How many times do we relinquish what is rightfully ours because we forget that, as the children of God, the odds are in our favor? We forget the strength that lies not in perfection, but in numbers, in persistence. I wonder how women worldwide would live differently if we joined forces declaring together that it’s “our time.”

I still cry every time the song comes on, and a cool courage prickles my skin: It is time for women to roar alongside the Lion of Judah, warming the earth’s heart with the passions of our own. It’s not the hormones talking; it’s the truth. 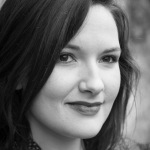 Kelsi Folsom holds a B.M. in Voice Performance and has traveled all over the world participating in operas, musicals, jazz bands, and choirs. Now a mom to “three under three”, she currently resides inSan Antonio, Texas while her husband attends medical school in Saba, Dutch Caribbean. When she is not putting on her best Cherubino while changing dirty diapers, you can find her perfecting gluten-free recipes, *gasp* reading, enjoying a nap, or trying to make sense of her life over french press. Kelsi writes here.

4 replies to The Gospel According to Elena