The day was Tuesday. I remember it well. My first day as a housewife and my first dinner to prepare. Therein was the dilemma. I didn’t know how to cook. Groceries had been purchased. There were a variety of foods to choose from. What would be my first offering to my new husband? The choice — pork chops, mashed potatoes, gravy and peas.

The expected arrival of my man was noted and I calculated how long dinner preparations could take. I allowed plenty of time. All in all meal prep was going well. One of the gifts for our wedding was a Betty Crocker cookbook. It would become my best friend in the kitchen for a while.

Following the directions I began the gravy after the pork chops were done. That didn’t seem like enough flour to me for all the pork chop drippings. “I’ll just add a little more,” I told myself. (note to self – stick to the measurements offered).

The expected arrival time came and past. (another note to self – learn how to hold over foods when dinner guests are late). Not too tardy, in came new hubby. I greeted him with a welcoming hug and kiss and directed him to the dinner table.

As I lifted the lid, the gravy was a solid blob of flour mixture. It was unsightly and unappealing. I served him the meal I had prepared for him without the gravy, hoping he wouldn’t miss it.

I married a man who loves food, will eat anything and is always grateful for what is placed before him. God was kind in partnering a man who was grateful at the dinner table with a wife who was determined to learn to cook.

Betty Crocker taught me a lot in those early years and I took notes and ask for recipes from cooks I admired. I grew in my ability but I still had much to learn.

A family picnic at the lake was planned in mid-July. For my share of the meal my husband offered for me to make the famed Avery Banana Pudding. I had enjoyed it at my mother-in-law’s house. I had never made pudding from scratch. The fact that is was going to be 90+ degrees at the picnic didn’t enter my mind. It was a set up for failure. And fail I did. The pudding was runny. I added the bananas too soon and they quickly turned brown making the mush a color that looked disgusting. I was embarrassed. My spouse was sad that he had put me in a difficult situation with his request. I didn’t attempt the banana pudding again for a while, even though it was my husband’s favorite.

In time I did try again and this time I was more successful – not all it could be, but certainly edible. My husband applauded my efforts and our children loved it.

As the children grew and years tumbled on, Avery Banana Pudding became a regular on our holiday tables and special gatherings. And then those sweet words came from hubby after one of those meals. “Honey, this pudding is delicious! It’s better than what my mother makes. You are a great cook!”

The young bride who couldn’t cook had become quite accomplished in the kitchen, feeding her large family and hungry husband. I didn’t let failure keep me from continuing to learn.

The Avery Banana pudding recipe was handed down to the next generation when my son called at Christmas. He wanted to take something special to his wife’s family dinner, the banana pudding. He and I made the scratch pudding mixture together. It turned out delicious and was enjoyed by all. He was then ready to make the next batch on his own for his wife’s family gathering.

It’s with honor to my mother-in-law that I share the recipe. It’s not your familiar banana pudding. It doesn’t have vanilla wafers. It has crushed peanuts.

Melt butter in a heavy large pan. Blend cornstarch, sugar and salt together first and then add to melted butter mixture. Gradually add milk and heat to a boil stirring constantly, watching heat to make sure the mixture doesn’t scorch. Remove from heat and stir in eggs, beating rapidly. Return to the heat and cook for 2 minutes to cook eggs, stirring constantly. Remove pudding from heat and add vanilla. Allow to cool and set up. The mixture may have a small amount of water on top after it cools. Stir that in. If the mixture is too thick, a small amount of milk can be added. Just before serving add 12 sliced bananas and 2 cups of peanuts (or less depending upon taste).

Store the leftover pudding in the refrigerator. It never lasts long in the Avery household, but this pudding does not keep well. The bananas will begin to turn brown and the mixture gets watery. (For our peanut allergic grandchildren, I save out a portion of the pudding and add just bananas, omitting the peanuts). 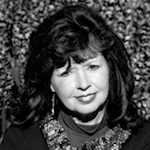 nbsp
Valerie Avery treasures the journey of embracing all God has gifted her with including creating art and beauty using fibers, beads and nature. The bond of 46 years of marriage has created a legacy as mother to 5 and “Grammie” to 20. She is venturing into the world of writing and is grateful for a place to share stories of growth and hope.  You can read more here.
nbsp
nbsp

8 replies to The first meal.