I see a little girl, arms held tight around a strong neck. Blond hair, soft, wispy and a testament to the defenseless nature of her life. She is riding backwards on the horse. Too afraid to turn around and see the future because the past haunts her so. If she turns around, she might again be run through from the back when she is least expecting it. The army of shadow that stalks her is a familiar, yet hazy sight. She is used to seeing them coming closer, closer. The hair raises on her arms and her heart stiffens and strangles. The thought of being overtaken makes her tuck her slight golden head and brace for the worst.

And she lives long days tucked and braced.

One bright morning, the scent of a sweaty but strong neck, makes its way through her nose to her heart. And all of a sudden her fingers feel a rough shirt underneath them, scratchy yet solid.

A new reality is blooming.

All the while she has lived tucked and braced, she is also held. And the neck she has a death-grip on has been safeguarding her life, day in and out. Love has been racing through the open waters, past the shadow army, carrying her to safety. The bullets have flown, some pierced her through, but she lives.

And alive! Alive she not only clings to her soldier, but loves him with the endless ocean-wave love that he has loved her with. Her heart soars and sinks, feels and fears, laughs and longs all in response to him. And in this dance, she is named and known all the way through.

Just as she has been pierced, she is known.

And it is more than enough. 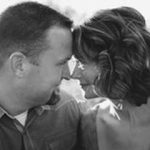 nbsp
Jill Dyer lives in Central Oregon with her husband and four children.  She loves to write, backpack, do Crossfit, and go on scavenger hunts for the deep-hearted voices present in each person on this amazing earth.
nbsp
nbsp
n
bsp

2 replies to In Safe Hands