I was in the parking lot of a local grocery store when I saw a couple who were obviously, “on the road.”  Their well-worn clothes and backpacks held many broken, unspoken stories. My practical side said, “You don’t know this couple. What if they are dangerous? What if they are mentally unstable? You don’t know what you would be getting in to. Don’t get involved.” I battled self-doubt, selfishness of my schedule and the wariness of the unknown. As I passed them by, I had a strong urging, “the least of these,” “angels unawares” and “if these were my children.”

Fortunately Jesus won out in my heart. I approached the couple and introduced myself. Jeff and Stephanie were traveling with their two dogs, Harley and Gonzo, making their way to Roswell, New Mexico. As we chatted, I asked if they had enough food for a few days. They replied that they were running out and in a small town didn’t know where to go for help. I offered to take Stephanie inside to buy a few supplies that they could fit into their backpacks.

Stephanie was a beautiful young woman with short curly hair. Even though she was in tattered clothes and had a lingering smell of not having showered in many days, she wore a beautiful shade of red lipstick. I was moved in deep places for her desire for beauty amidst the torn places in her life. She was demure and soft-spoken, despite her situation. I would have expected a hardness, but it never showed during our brief encounter.

We stopped in the health and beauty area first, heading for soap.  At first we discussed what size of soap container would fit in her backpack, then decided bar soap would be better to prevent any liquid leaking into her other items. I left her to chose her soap, thinking she would want the least expensive so she could have more. When I came back around the corner, there she was, inhaling deeply the intoxicating smell of a bar of Yardley lavender  soap. Instead of feeling incredulous at the “extravagance of her choice,” it took all of my self-composure to keep the tears from bursting forth. Here she was a homeless, wandering woman, yet not far below the surface was her longing for beauty.

As I said farewell to Jeff and Stephanie, they allowed me the  great privilege to pray the protection of Jesus over them. As I drove away, I wondered how often I allow the difficult circumstances of my life rob me of my desire for beauty. When my life is tattered, I so often push away beauty. To embrace beauty would be to embrace the longings of my heart that ache to be touched. My prayer is that I will be more like Stephanie, wearing red lipstick and using expensive lavender Yardley soap to remind me of beauty and the cleansing of my heart that Jesus longs to do on my behalf. 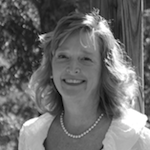 nbsp
Kathy Ford now lives in, of all places, Comfort, Texas along with her husband and their dog. She wants to be known first of all as a follower of Jesus as she clings to Him as the anchor of her soul. Her desire is that her legacy will be that she never stopped hoping. Kathy enjoys traveling, sewing, biking, walking, but most of all, luscious, lingering conversations over delicious meals at a café with iced tea. Her greatest loves are her husband, son, daughter-in-law, grandson, daughter and her fiancé. You will often find her scheming and dreaming of her next adventure.

10 replies to Inescapable Longing for Beauty